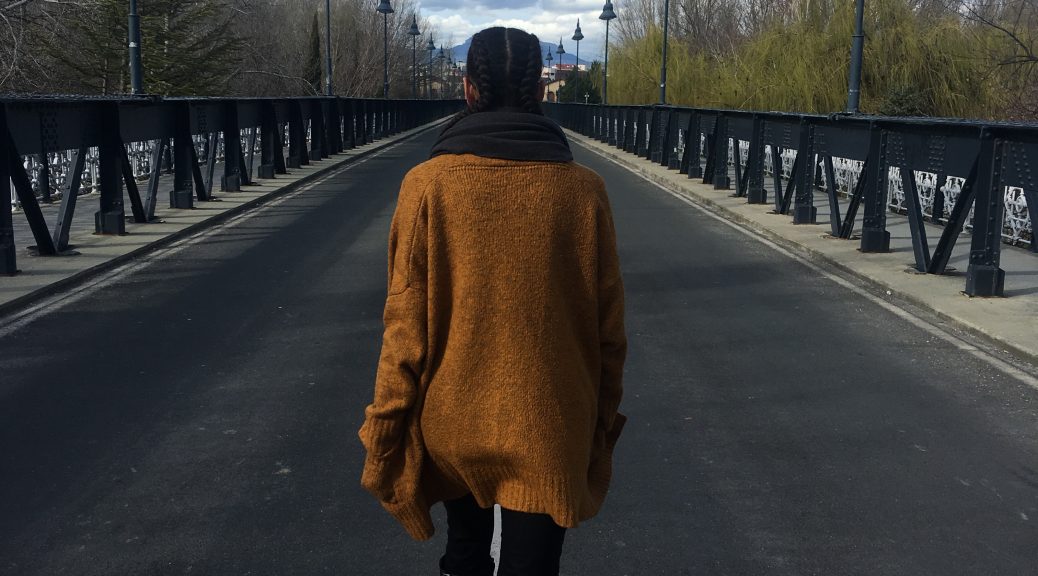 1.  We get depressed too.  Hard to believe, right?  How could someone be depressed when everything is so new and different and you’re traveling meeting new people, and seeing new things?  Well that shit becomes normal, and you’re still YOU, so… any baggage or hangups you may have, you’ve packed them neatly along with favorite Old Navy jeans, them Aldo boots and whatever seasonings you couldnt part with from the states.

2.  Living the expat life is not easy.  Most expats are trying to Rick Ross this motha, boss up and trying ideas and innovative ways to entrepreneur their way to a life they want to have.   We’ve given up economic security and the right to work,  to start our own businesses, using our expat community to inspire and uplift each other while finding our place in the fabric of our chosen homes.

3.   We fail.  I’ve come up short on my personal goals.  I’ve dropped the ball in some of my personal relationships and  I’ve done it all while still finding some moments to appreciate this beautiful country I’m in.  Take a picture of said moments and up load them to my IG.

Asturias is one of my favorite places in Spain.  Check out my walking tour of the capital Oviedo. 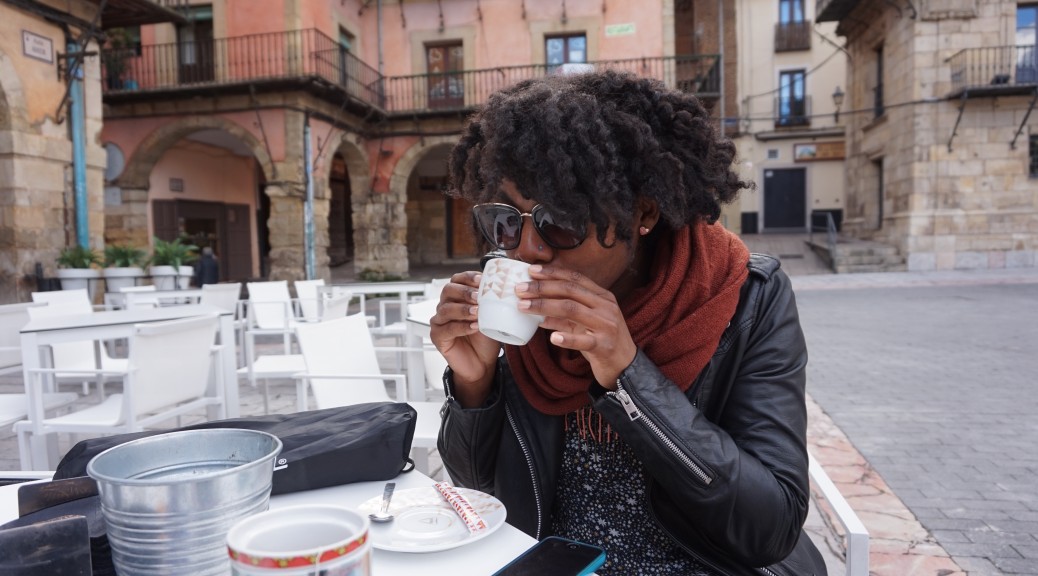 Like a heart circulating blood, people come from every corner of town to flow through their plaza mayor. A Spanish plaza mayor is the major life line of any city or pueblo. If you want to take the vitals of your new destination head straight to the plaza mayor.
While architectural design can reflect both the king who started its construction, and the one who finally finished it 120 years later, what is constant is the role plazas play in Spanish society. It is the heart that connects all the veins. The old, the young. The resident, and the visitor. The lonesome traveler and familial group. Everyone finds themselves there, at one time or another.
For me every exploration in Spain begins at the plaza mayor. Hiding behind shades and anonymity, I peep the town as it is, when nobody’s watching in plain sight. How peaceful it is to share a history and space with everyone who lives in your town. I try to melt into the scene, imagine what it would be like to know just one little thing about every person present at that moment. A city born girl like myself my closest relation is the 2 mile stretch of downtown Chicago. Cold steel buildings reach for the sky driving wedges, disconnecting one part of the city from another. Its no surprise our world are small. North side, south side, this neighborhood, my block, my building, and finally my home. Lacking any sense of connection to the past or present, I hardly give my fellow Chicagoans a glance much less thought. Here in Spain traditions are held more closely and familiar bonds extend father away from the central family unit. Old people having a chat? Plaza Mayor. Impromptu after school football match (without proper goal)? Plaza mayor. Lovely couple out for drinks while their children recklessly play somewhere, safe? Plaza Mayor. For a cafe con leche….pues tu sabes. The Plaza mayor! 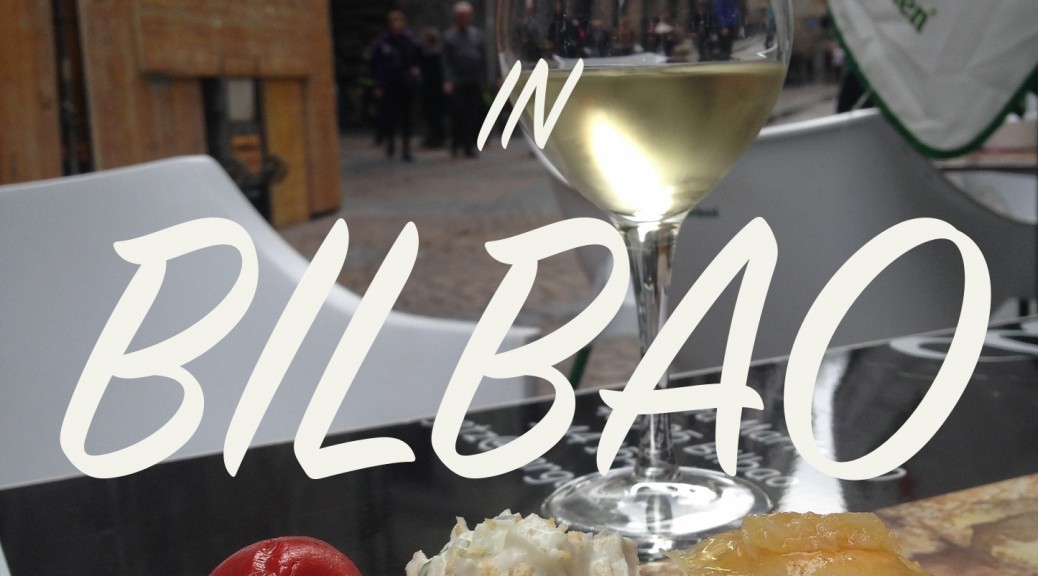 Pinxto poppin on a handstand!  If you have been sleeping on Páis Vasco, please drop what you doing, get on blablacar and find yourself a quick ticket to Bilbao and go get yo life.  Here are my 3 favorite things that will have you heading directamente to Pais Vasco. 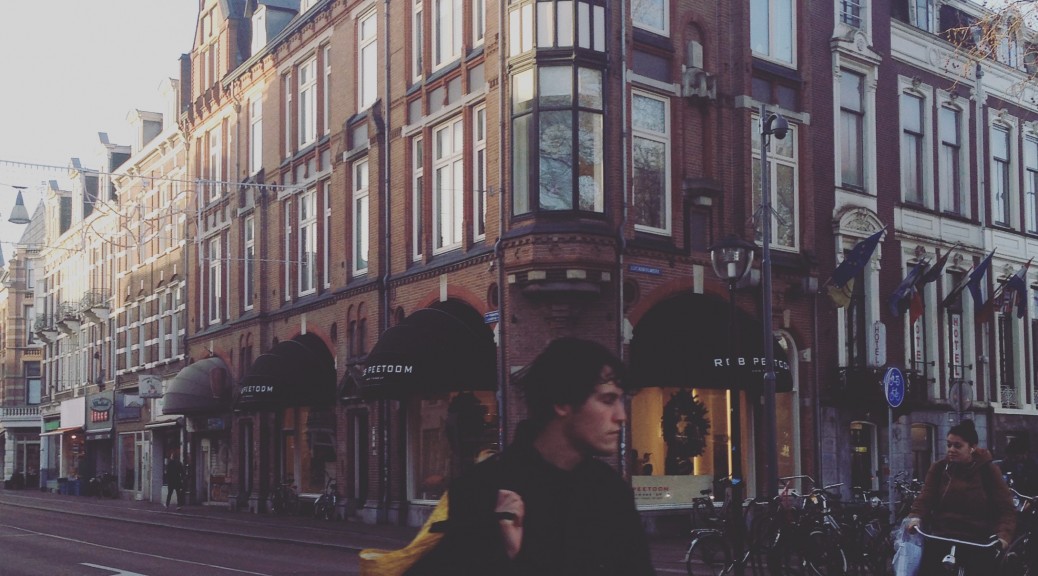 Utrecht is a fascinating city and definitely worth a visit if you’ve tired of the tourist gridlock and smoky haze of Amsterdam.  Located just 20 miles to the south and a 30 minute train ride, Utrecht can be visited for the day.  But, if you dig a slower pace stay for a bit longer. 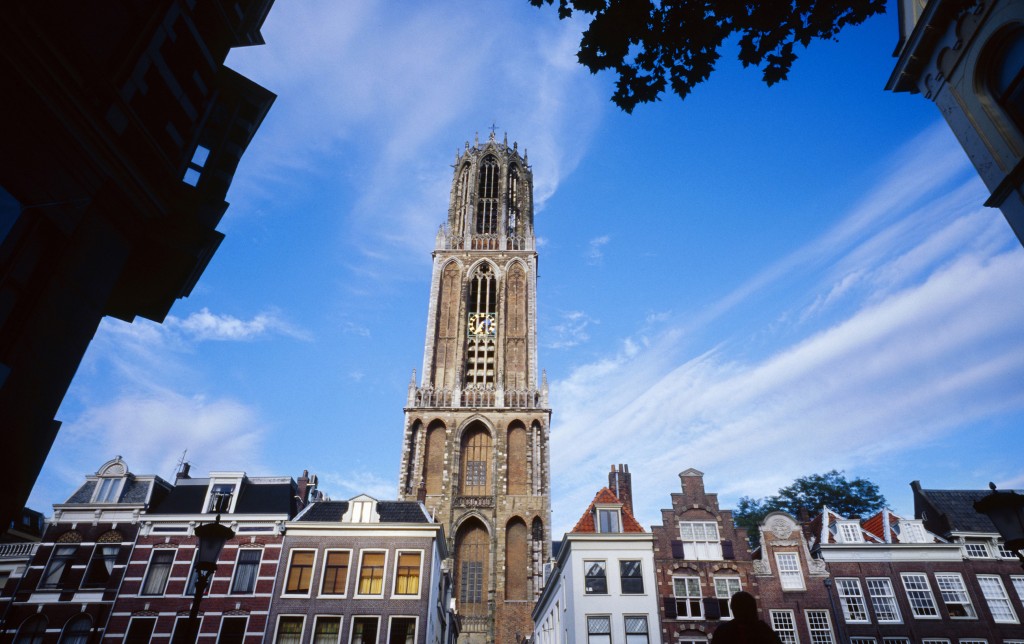 Finished in 1382, Dom Tower is the symbol of Utrecht.  At one time, this Gothic style tower was actually connected to the Cathedral of Saint Martin, but after part of it collapsed in 1674, the tower stands alone.  Not only can you walk under the tower itself, but you can also explore the top and get a great view of the city. Every other hour the tower’s 50 bells serenade the city with its beautiful harmonies.

Housed in the former Benedictine abbey of St. Paul the Utrecht Archive is the perfect place to discover the rich history of the city and province of Utrecht.  And for my budget travelers….its free!  Through historical sources, unique images, film, and documents you can learn about the city’s growth over the last 2000 years. 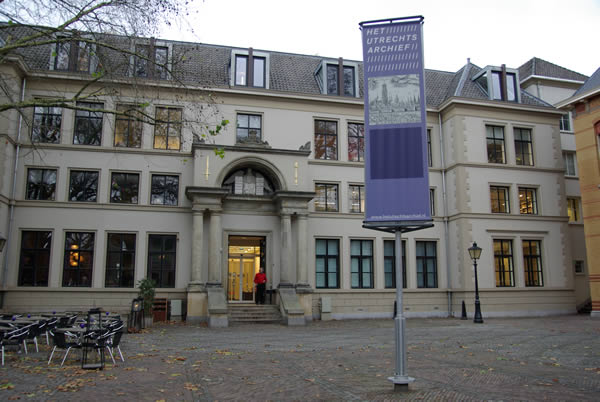 Walk through the winding streets that have changed very little since the medieval times, and get a sense of how much time has passed in this old city.  The canals have an unique wharf-basement structures that create a two-level street along the canals.  The street level and then a lower level where you can find restaurants and cafes. 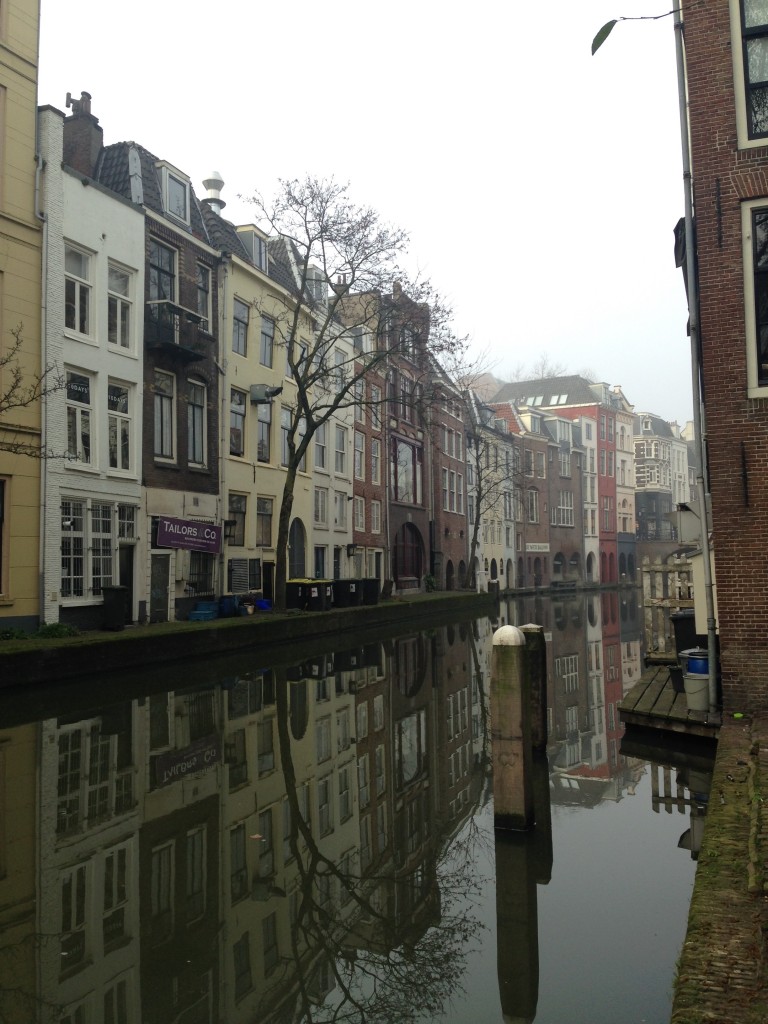 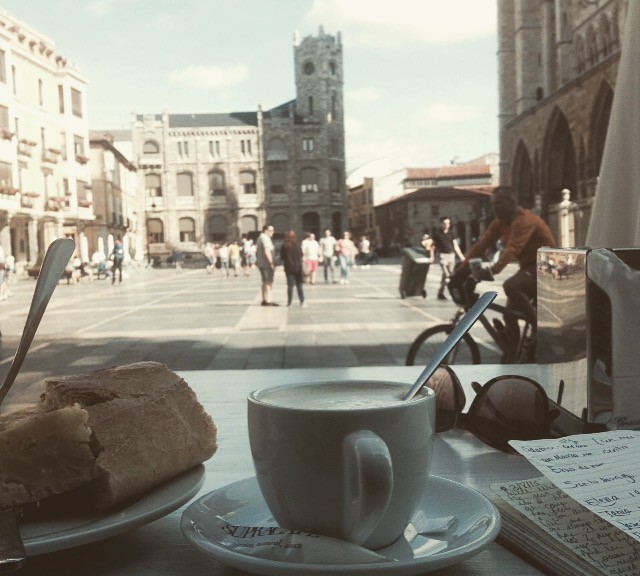 I’m a big city girl by birth, and a small city girl by heart.  I took the big leap and left the booming Spanish capital of Madrid for the historic city of León.  Nesttled on the southern side of the Cantabrian Mountain range in the North of Spain, León is the capital city of the province of León.  It’s not usually on the tourist radar unless you are doing the Camino de Santiago, which passes right through the center of town.  I’ve been here just about 4 months, here are some of my favorite places around town. 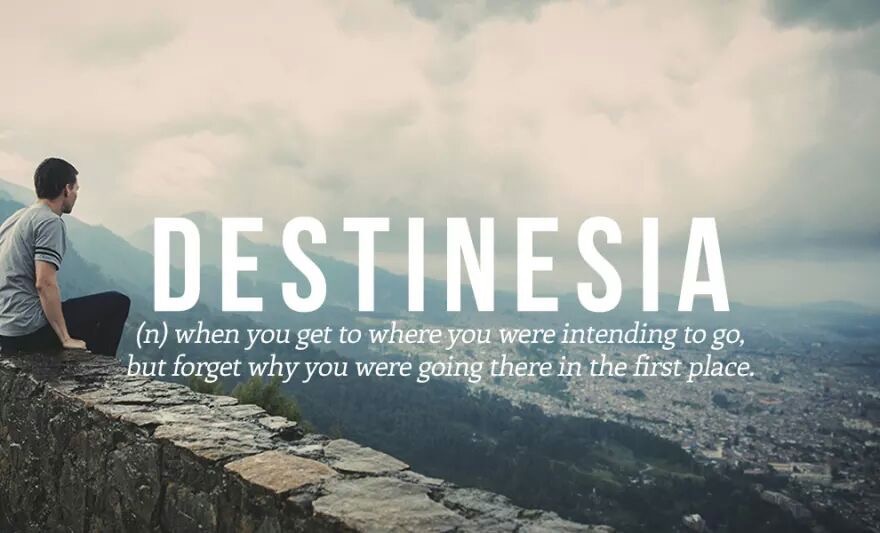 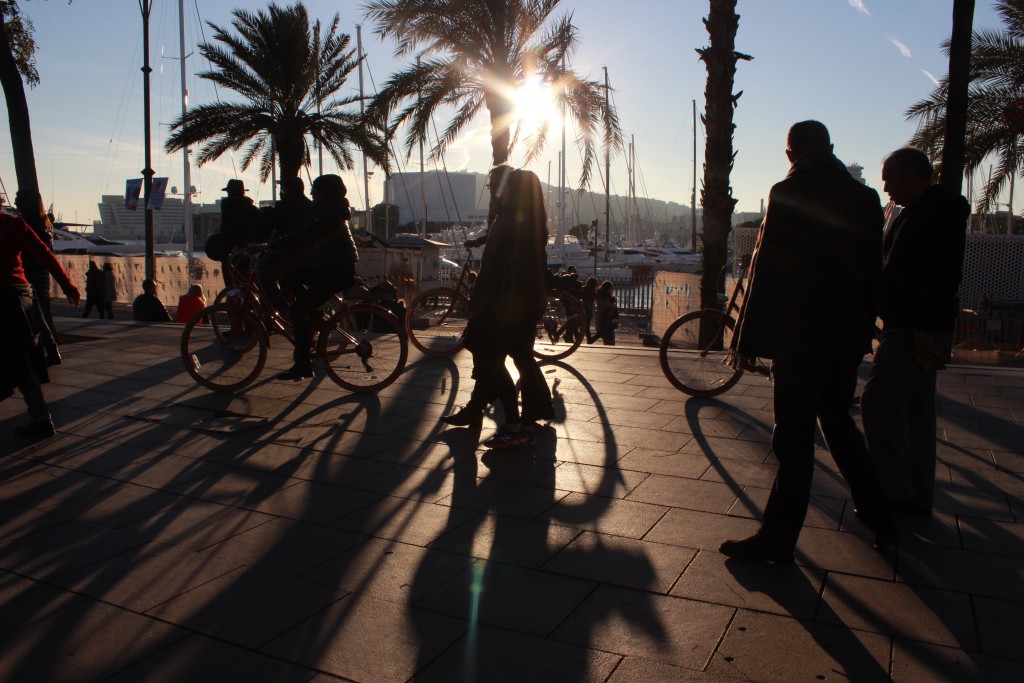 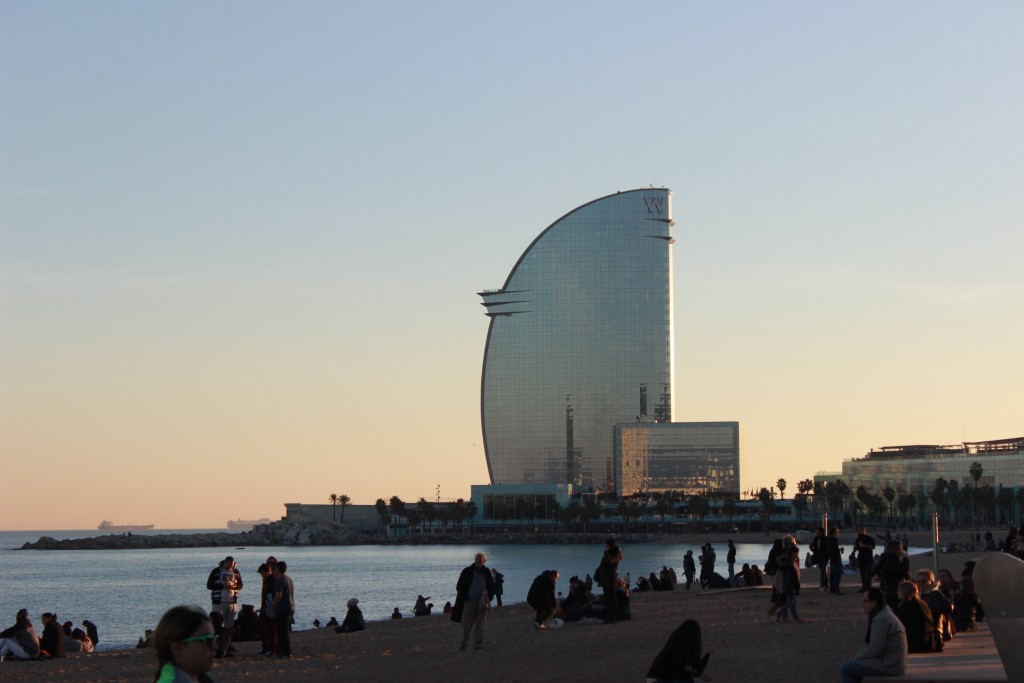 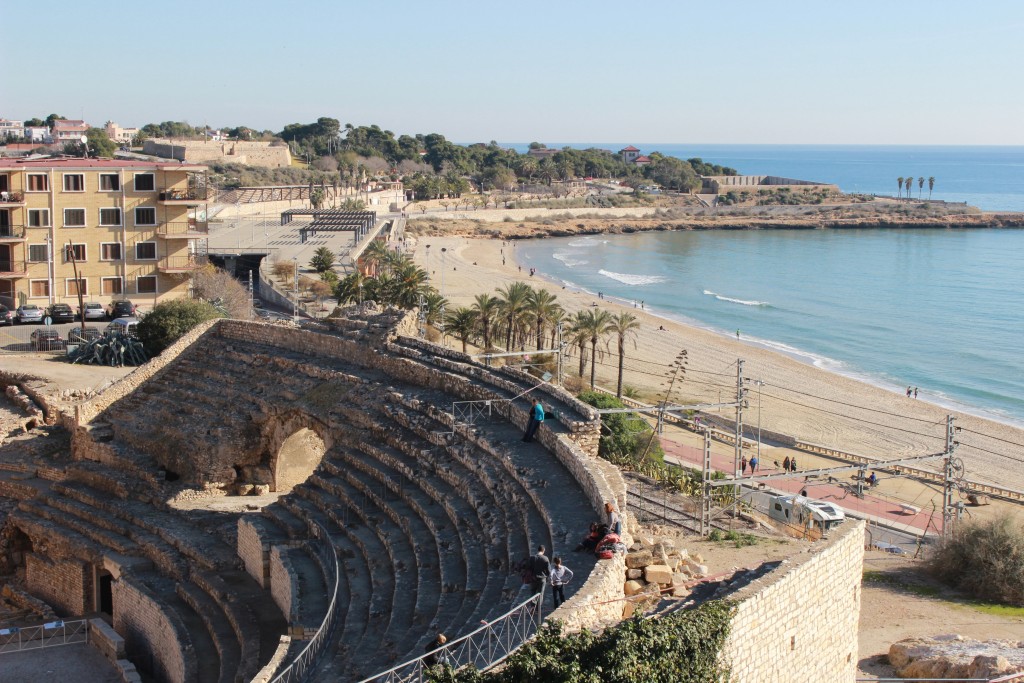 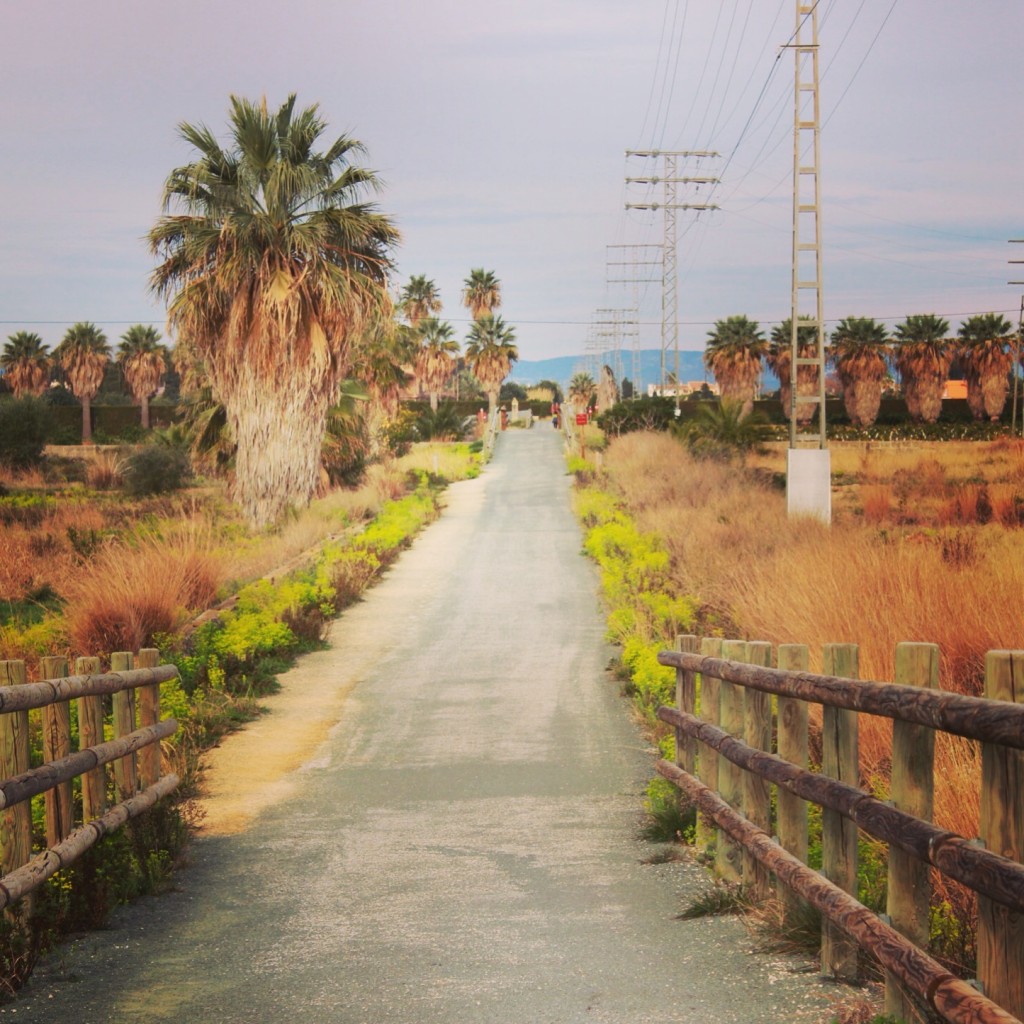 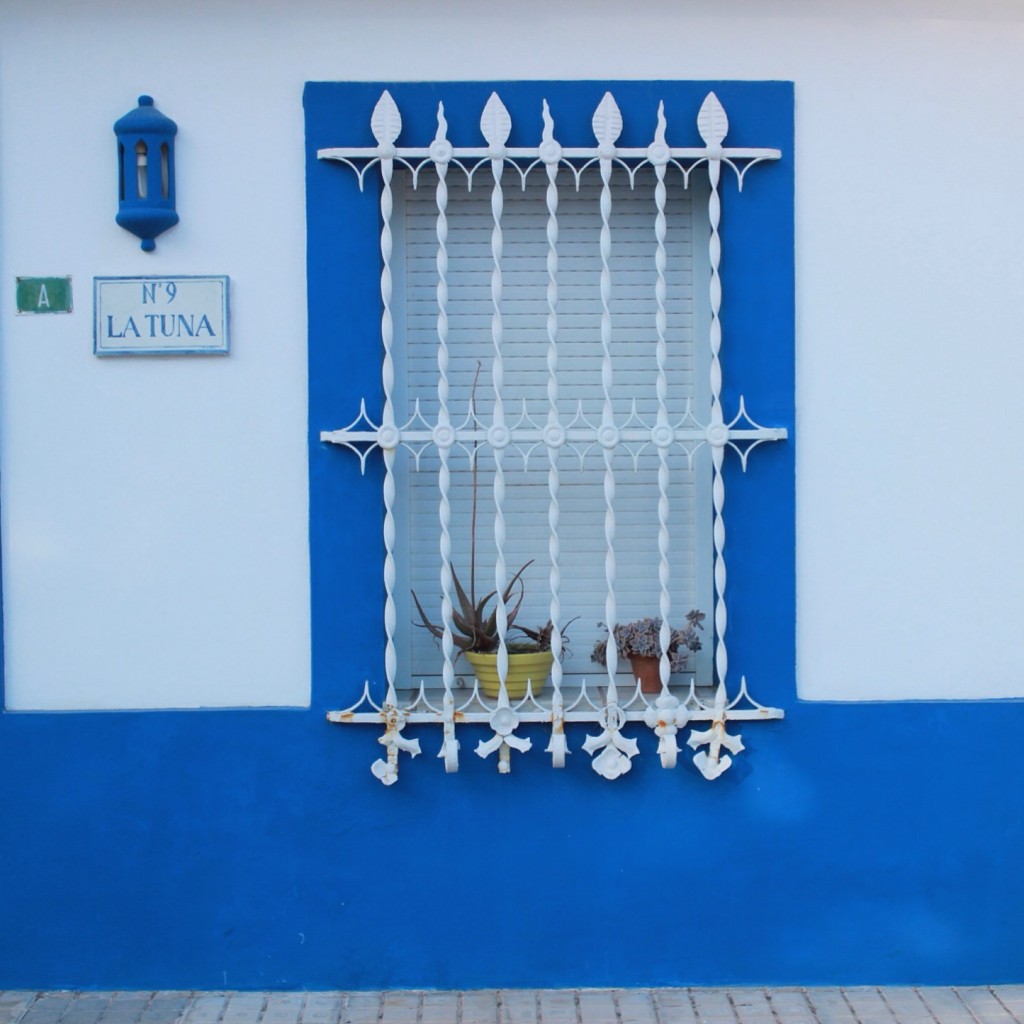 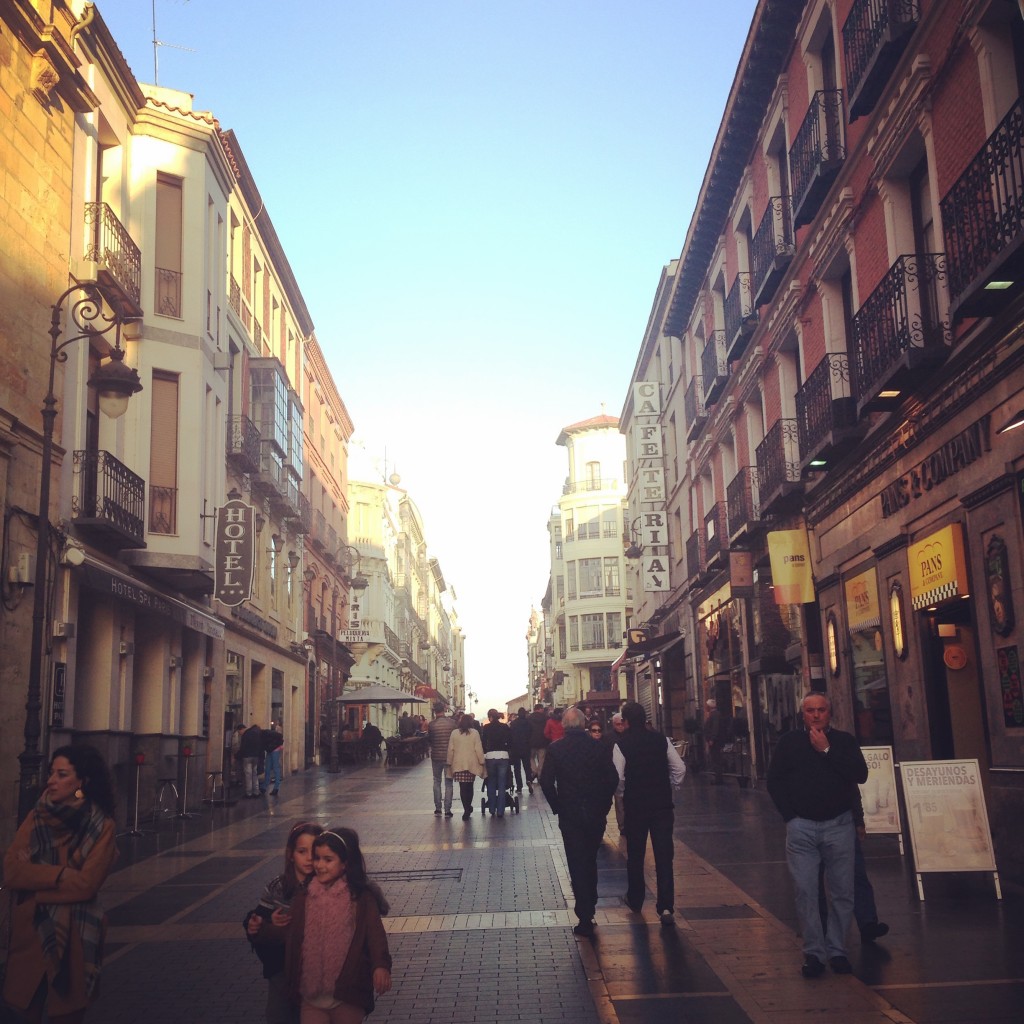 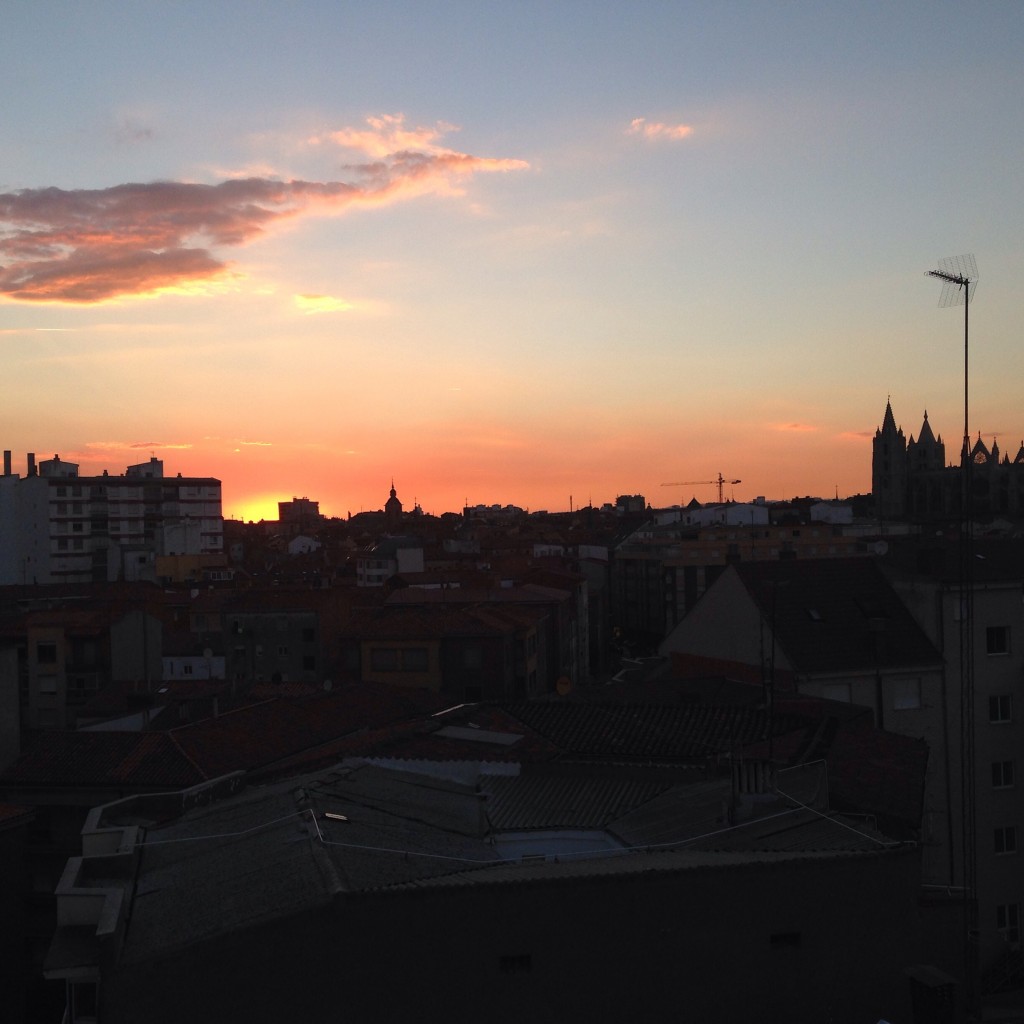 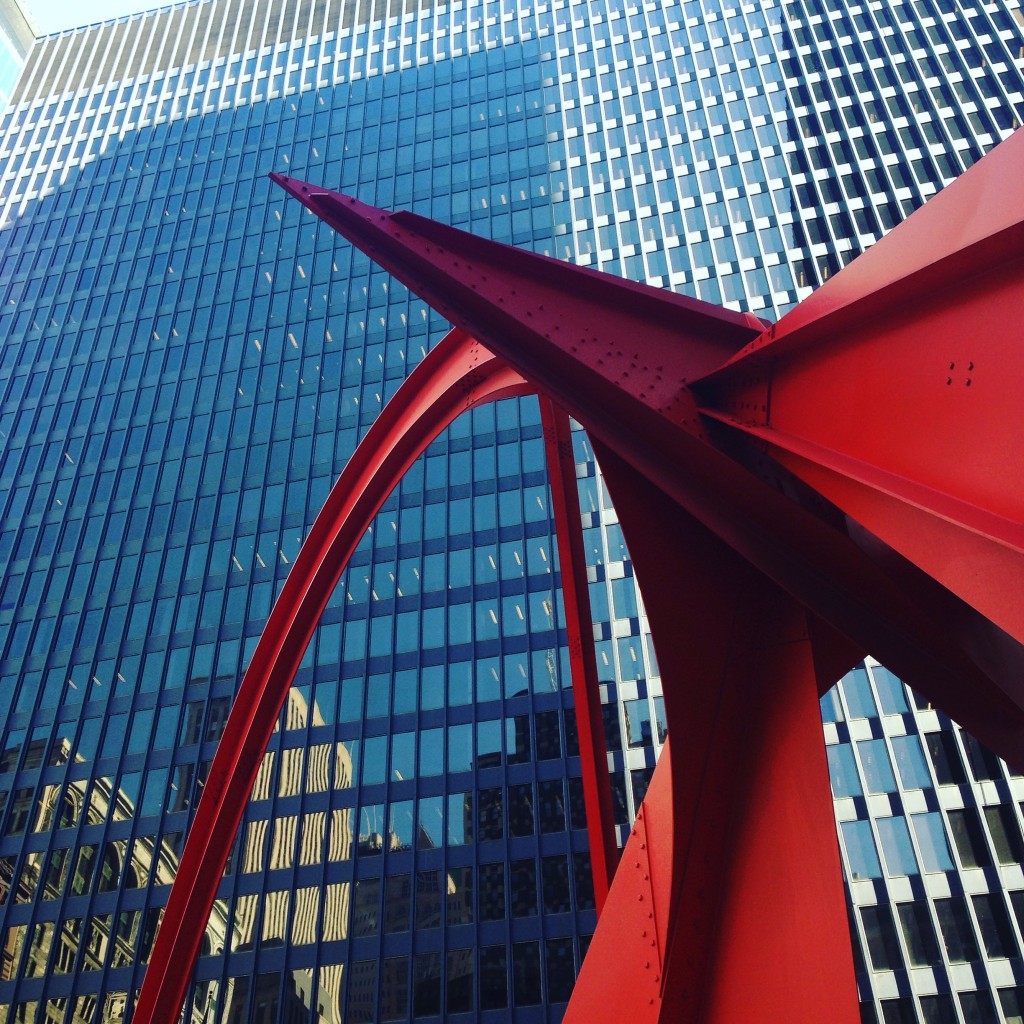 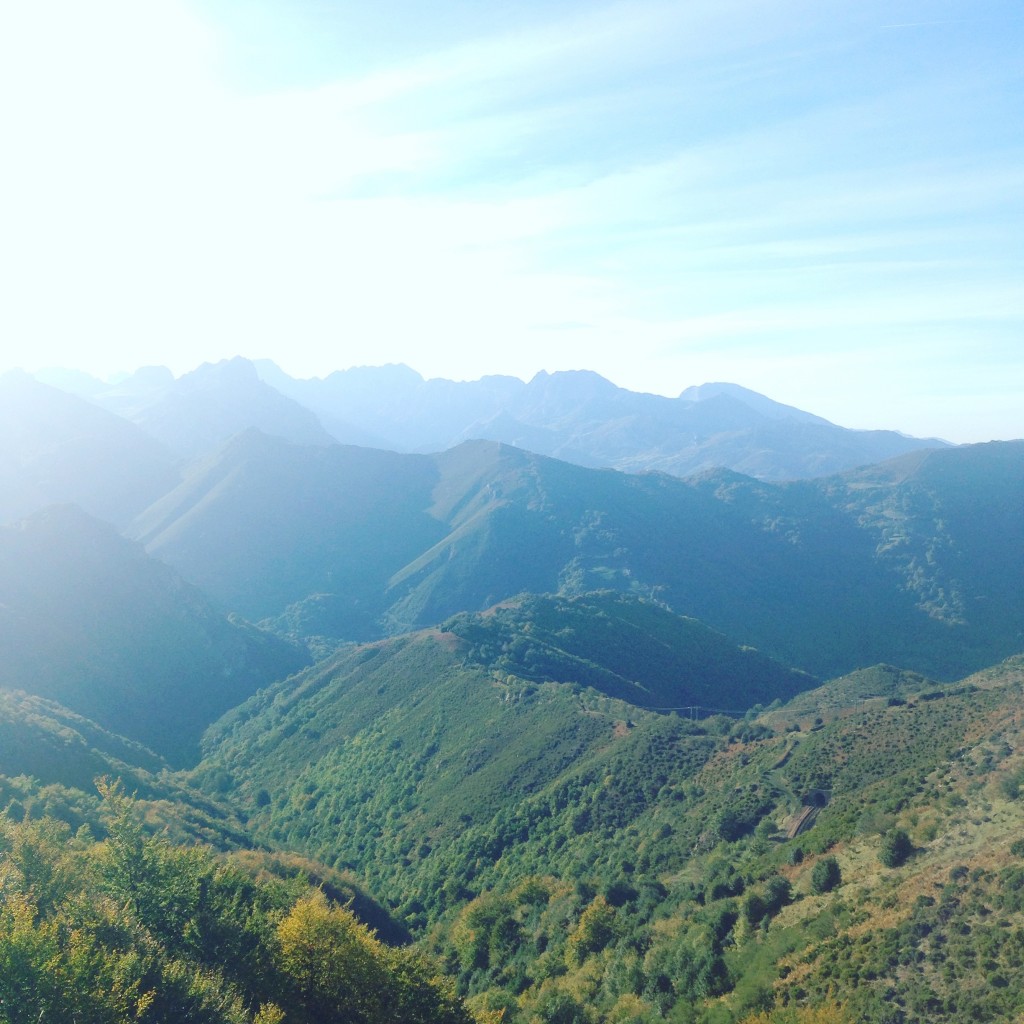