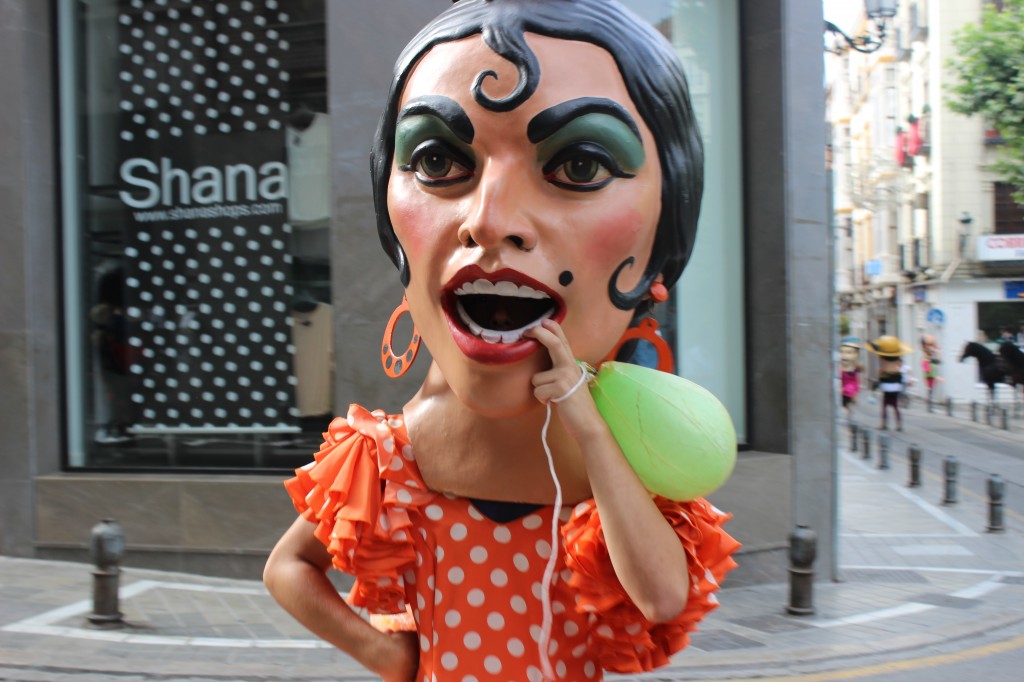 Don’t come to Spain for sangria and flamenco, but instead come for the nudity and small meals that come with every drink.  Seriously.  Before I came to Madrid, I imagined myself with Sangria in hand relaxing on the beach as a flamenco dancer brought me a refill. Nah…not really, but I was hoping that my life in Spain would be more beach and less city.  Por fin, I made it to the beach (it only took 8 months! WHACK) during Corpus Christi.  To avoid the crowds,  we decided to take a redeye bus to Granada.  Spend the day there,  then head to Almuñécar. 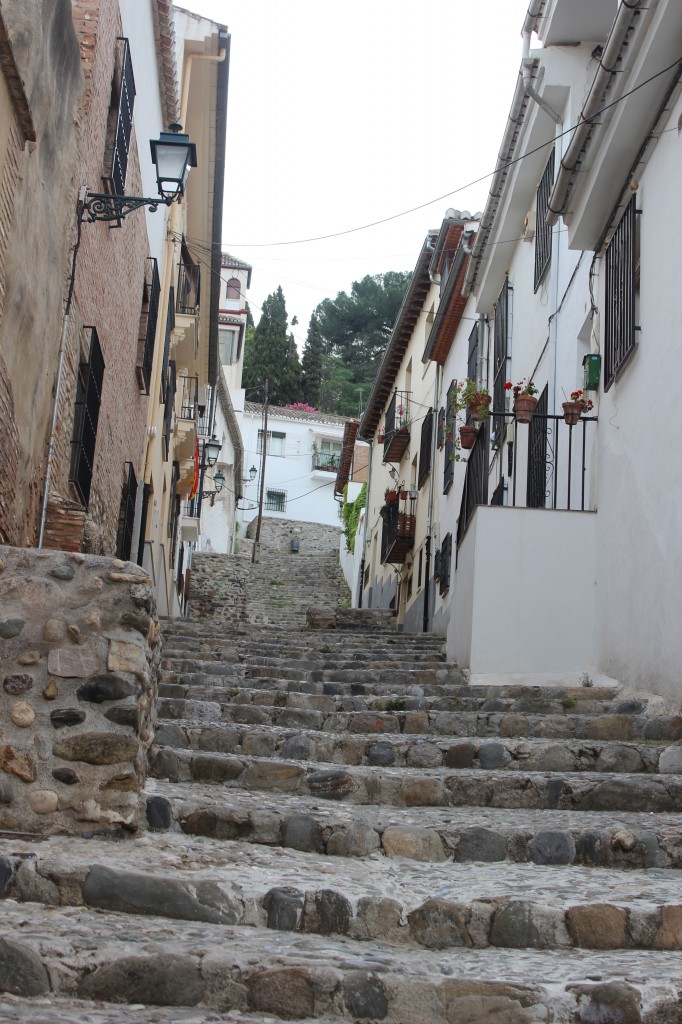 Arriving at 6 am in Granada, the sun was just rising above the Sierra Nevadas. The streets were full of people  finishing up partying from the previous night out.

We headed for the old town.  Despite everything being closed, the true beauty of this old city with influences of the Romans, Muslims, Moors, Greeks, and Jews. 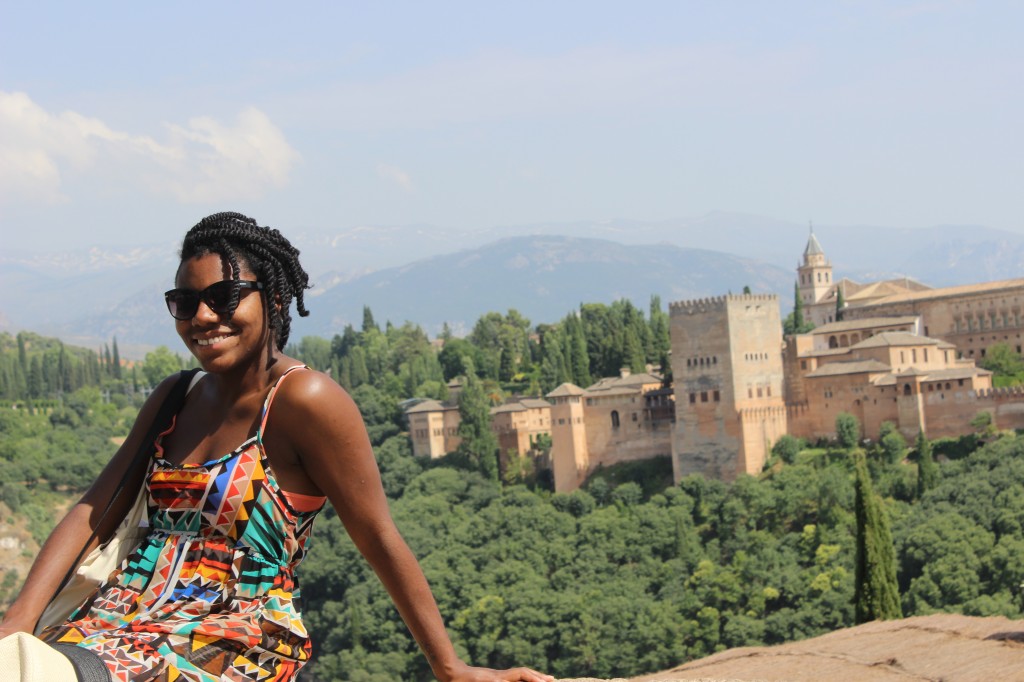 The most profound architectural site is the Alhambra, a moorish palace and citadel.  However, I can only speak on the outside, because you have to reserve tickets in advance and I was too late.  So, I had to settle with taking a short bus up to Mirador de San Nicolas  and having an amazing tapa of fried fish with a caña.

It was Corpus Christi and the city of Granada celebrated with a procession unlike one I had yet seen. 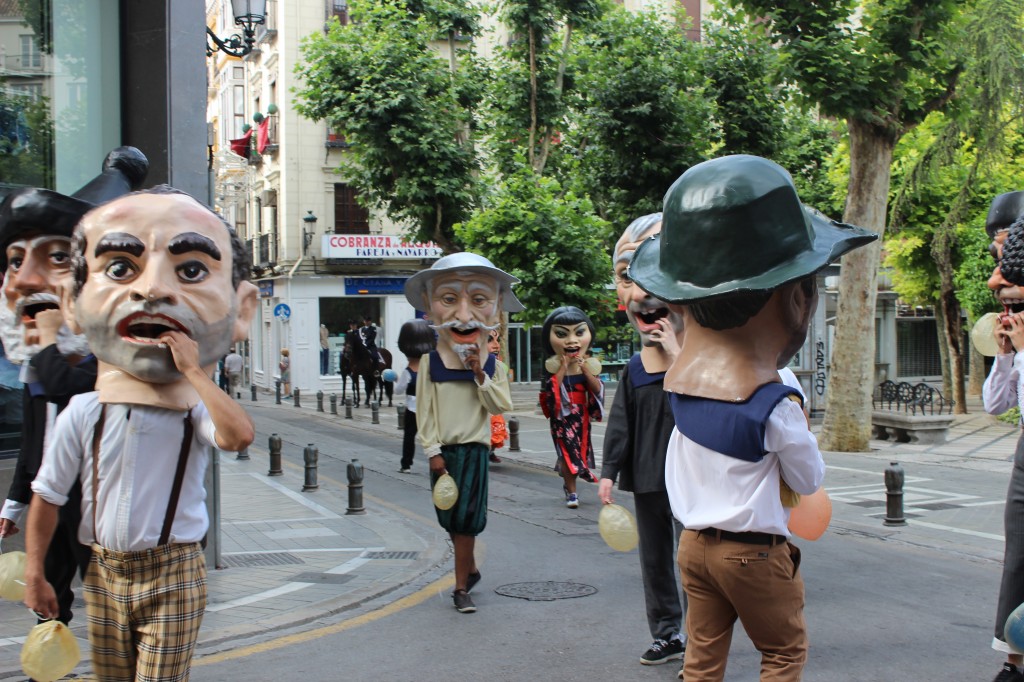 There were people wearing huge masks that ran around hitting everyone with balloons made of cow bladders.   I was hit more than was deemed necessary, probably because I couldn’t stop laughing. 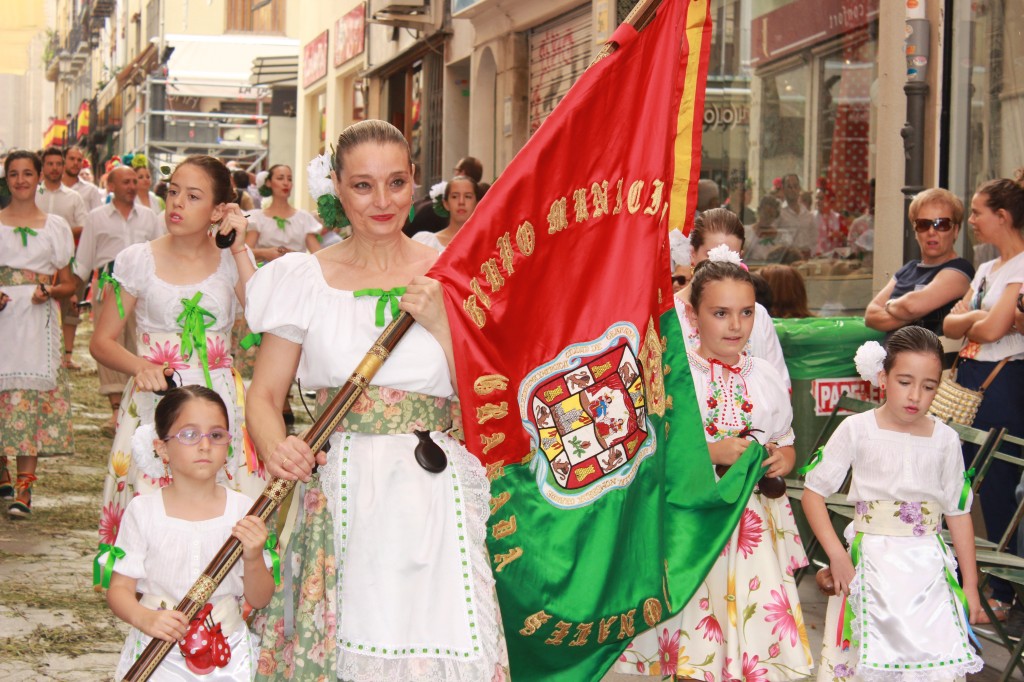 There were musicians and  people dressed in traditional clothing.   The air was filled with mint as the parade walked upon beds of mint laid in the streets.

The Royal Chapel, our last stop, is where Queen Isabel I and King Fernidand II remains are kept. These royals were the first to unite all of the Spanish Kingdoms and solidify the christian hold on Spain.  Their daughter Queen Juana, her husband, and her son are also there.  As I walked through its corridors it was hard to believe it was constructed 1504, just a few years after Christopher Columbus  landed in the Americas. 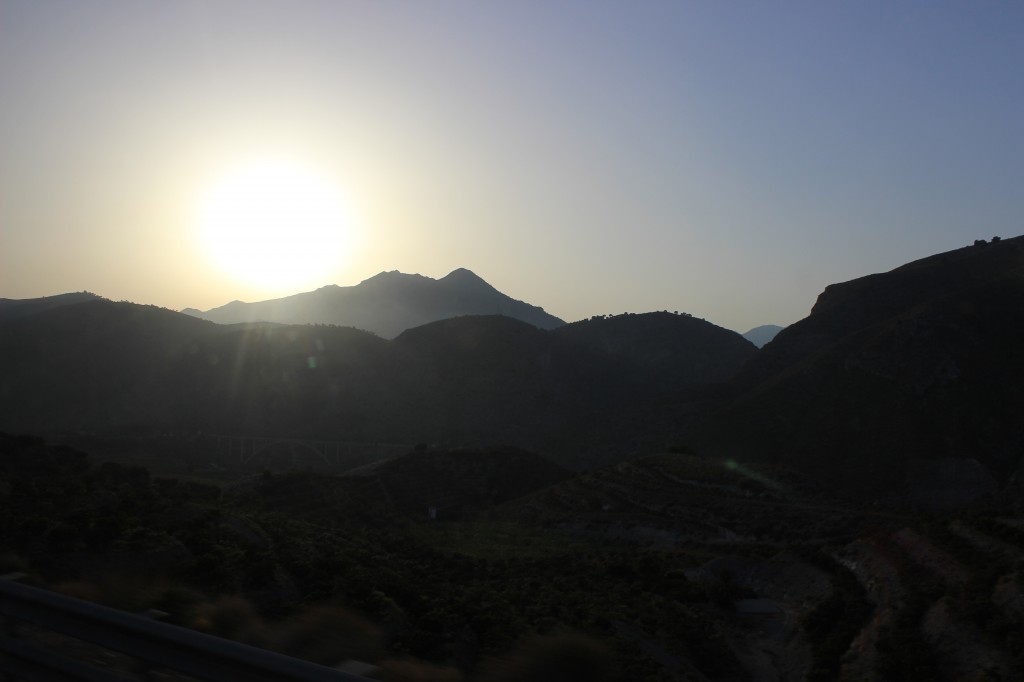 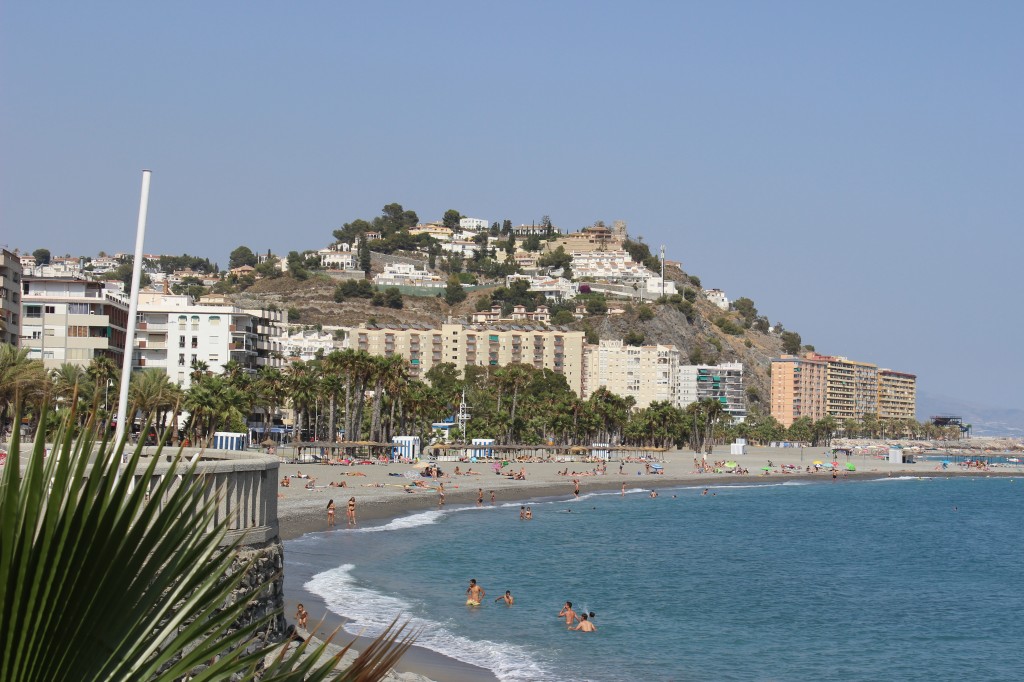 It was hard to leave Granada, but the beach was calling my name.  We boarded our bus around 8 pm and we were looking at the ocean before the sun set.  We stayed in an affordable hostal, called Altamar 2 minutes walking from the beach. 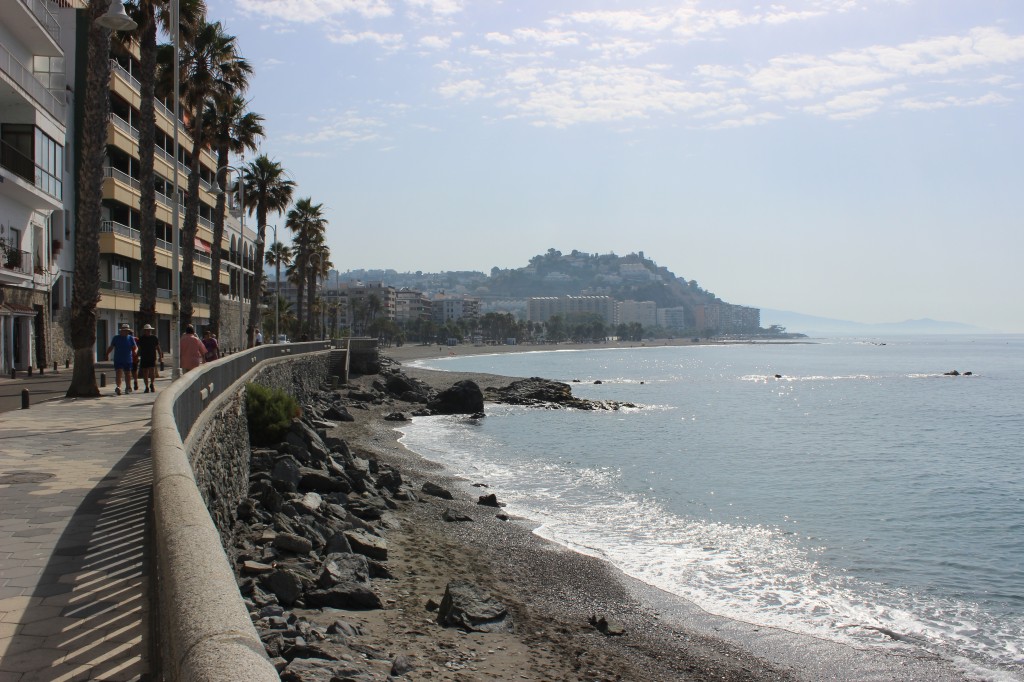 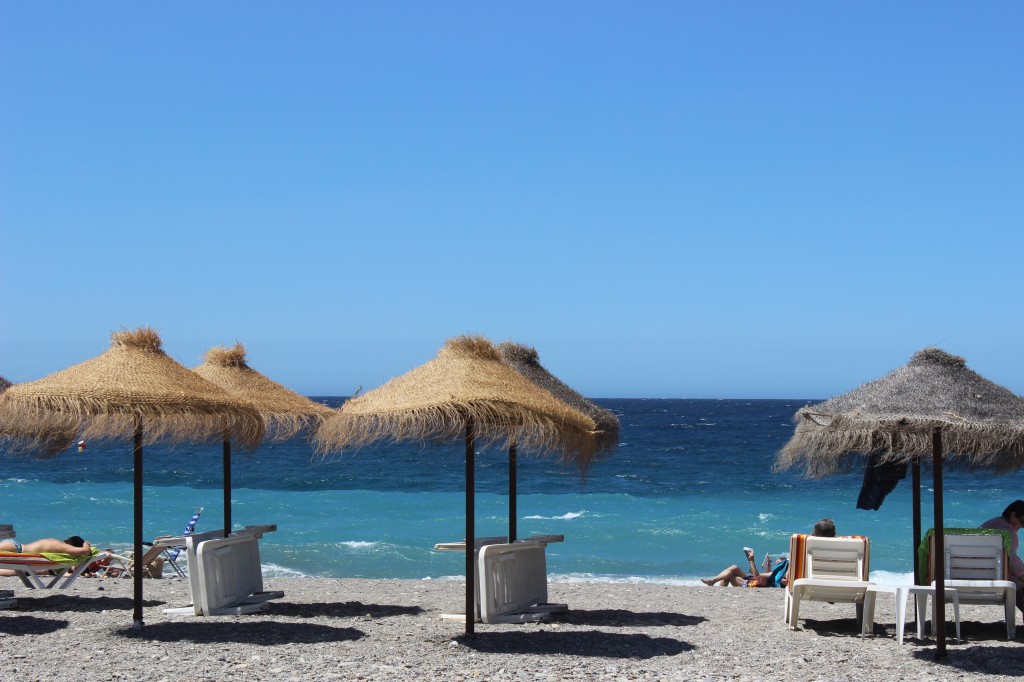 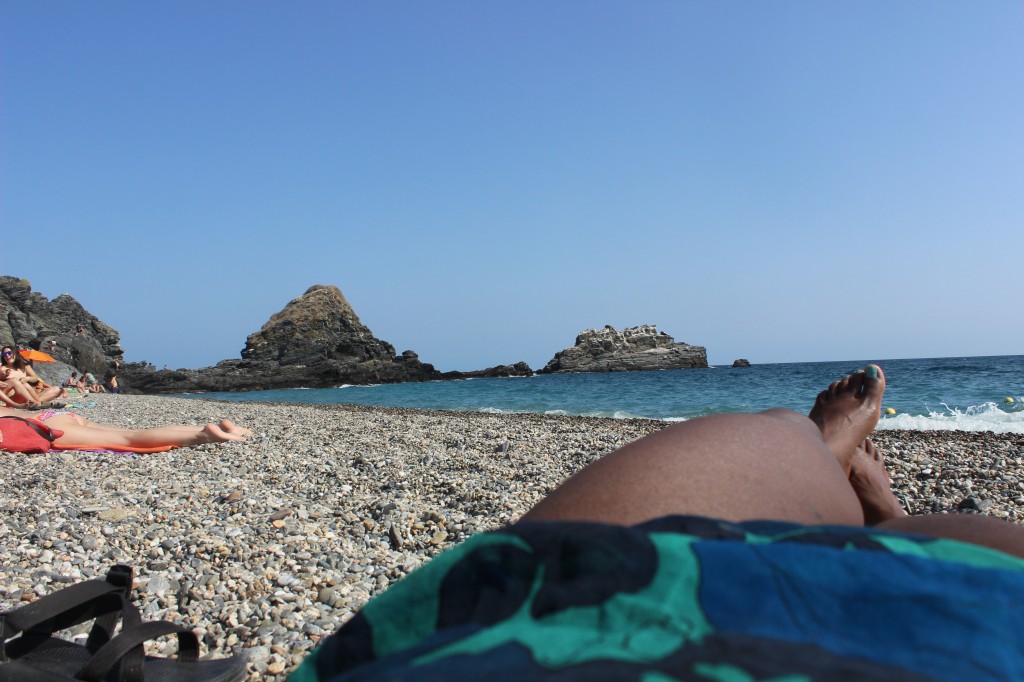 The next 3 days were spent at the beach, with breaks for cañas and tapas, sleeping, and more sleeping. 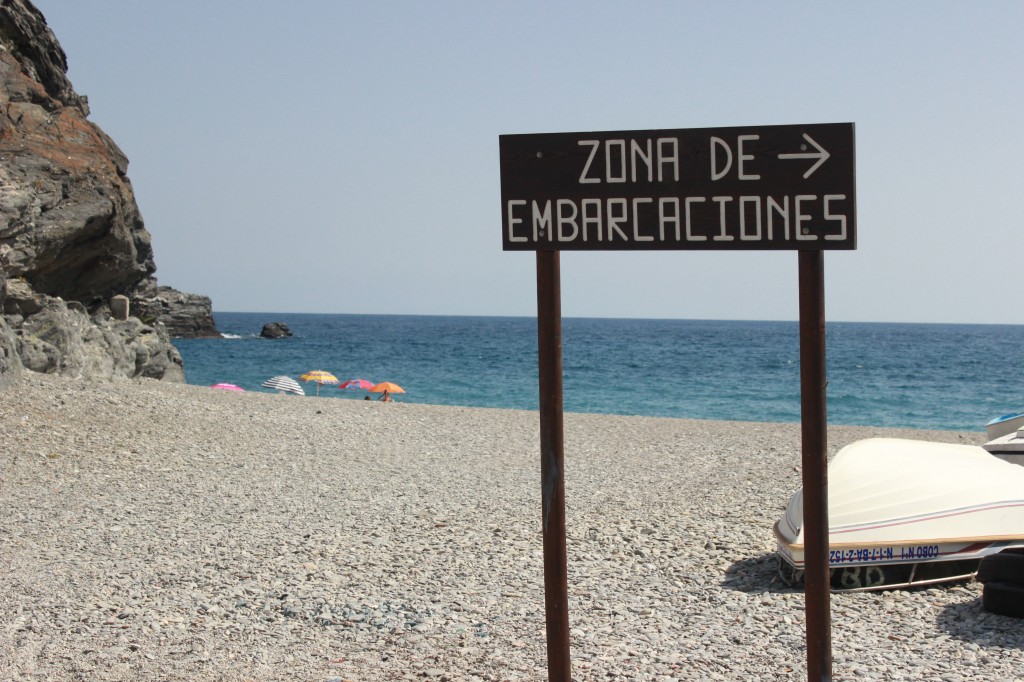 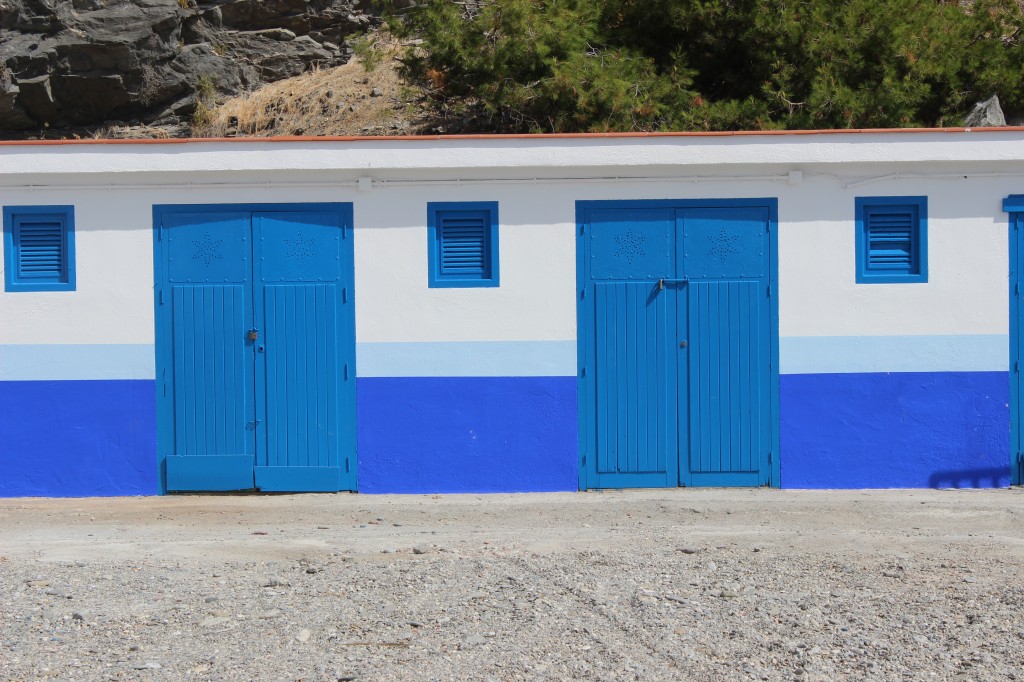 The second day we decided to head to a nudist beach called Playa Naturalista.  As we walked closer to the beach, I started to second guess what the hell I was thinking.  But as we arrived, I was greeted by the tannest most naked older gentleman wearing only a smile.  Surely, there would be nothing to fear.  And there wasn’t, surprising people are pretty chilled and keep to them selves.  It was completely liberating swimming in the ocean naked as the day I was born.  And I’m pleased that for once, all parts of my body will be the same color this summer. 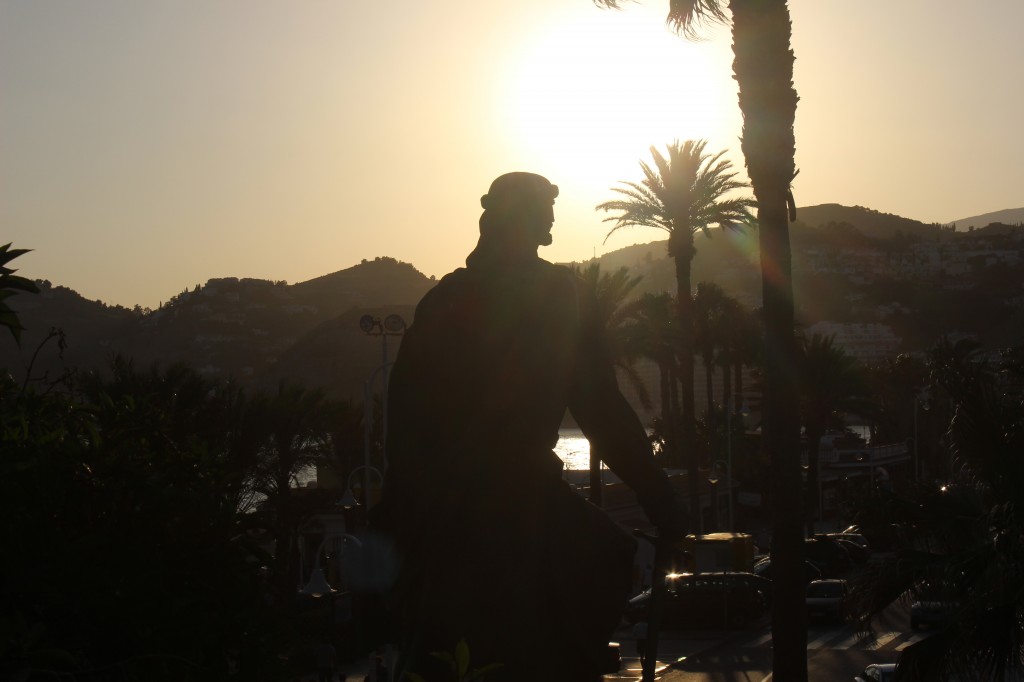